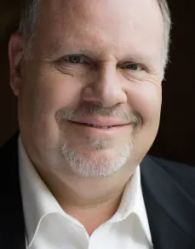 John Karl Hirten holds a Master of Music degree in Organ Performance from the Manhattan School of Music in New York City, where he studied with Paul-Martin Maki and Frederick Swann. Before that, he obtained a Bachelor of Arts degree in English and Classical Languages from Fordham University. He has performed organ recitals in venues throughout the country and in Europe. In 2006, he was a finalist in the American Guild of Organists National Competition in Organ Improvisation.

A resident of the San Francisco Bay Area since 1988, he has performed at virtually all the major venues in the Bay Area. From 1989 until 2016, he played over 300 monthly recitals at the California Palace of the Legion of Honor on the historic E. M. Skinner organ there. He has performed regularly at such series as Noontime Concerts, Music at St. Mary’s Cathedral, Grace Cathedral, St. Mark’s Episcopal Church in Berkeley, and elsewhere. In connection with the San Francisco Opera’s 2002 production of Messiaen’s Saint Françoise d’Assise, he performed a recital of the composer’s music at the National Shrine of St. Francis in San Francisco. He has also appeared as organist with the San Francisco Symphony, the Oakland Ballet, the Berkeley Symphony, the Marin Symphony, American Bach Soloists, and others.

He has been a church musician since the age of fifteen. In New York City, he held positions at the Fordham University Church, Trinity Wall Street, and St. James Cathedral (Brooklyn.) Since moving out west, he has been music director at Old St. Mary’s in San Francisco and St. Stephen’s in Belvedere. He is also one of the regular organists at Congregation EmanuEl in San Francisco. He has been Director of Music at St. John’s Episcopal Church since August 2021.

A published composer of a wide range of liturgical, sacred and secular works, John Karl Hirten’s music has been featured on Minnesota Public Radio’s Pipedreams program, at conventions of the American Guild of Organists and the Association of Anglican Musicians. His hymn tunes have won awards and his choral music is also regularly performed in churches and concert venues around the world. Recent commissions include Inscriptions, a piece for orchestra and chorus, A complete Evening Service (using the Anglican Prayer Book), and a setting of the chorale Ein fest Burg in minimalist style. More information on him and his music can be found on his website.