OUR MUSICIAN OF THE WEKK
William Byrd (c.1539/40 or 1543 – 1623) lived through one of the most tumultuous and dangerous periods in the history of England – particularly during the reign of Elizabeth I (1558-1603).  Just to name a few of the agonies: the Scottish conflict and execution of Mary, Queen of Scots (1557), the threat from the Spanish Armada (1588), and the ongoing rivalry with France.  One of the most acute internal divisions was the conflict between Catholicism and the Anglican Church, which was not confined to mere personal beliefs but was highly politicized.  People of influence and power might risk their very lives if they found themselves on the wrong side of this conflict.  While Mary Tudor (reigned 1553-1558) had sought to fight back the Reformation, her successor Elizabeth took the opposite stance.  Byrd had been born into a Protestant family but by his thirties had been drawn deeply into Catholic belief.  Even his brilliance and fame from early years forward could not save him from punishments, but perhaps his generous musical diversity mitigated them.  Even after his conversion he composed music for both faiths and all occasions – from popular keyboard dances, songs, anthems, and music for consorts, to his three great masterpieces – the Masses for 3, 4, and 5 voices.

ST. JOHN’S CHANCEL AND CHILDREN’S CHOIRS: Currently our Choirs are not meeting in person.  We are following community health guidelines by the County of Marin, the State of California, and the Episcopal Diocese, and we hope to sing together in near future.

OUR ORGAN
In 1961 the Aeolian-Skinner Company of Boston installed the two-manual, 34-stop forerunner of our present sanctuary organ.  In 2001 J. Nelson and Company enriched the instrument by the addition of 61 digitally-sampled voices and a 3-manual console from the Allen Company in Pennsylvania, allowing the performance of repertoire ranging in style from baroque to contemporary.  The dedicatory concert of the present organ was given by the late Dr. Philip Hahn, then Music Director at St. John’s.  Images of the instrument may be viewed here. 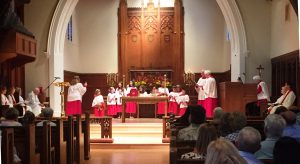 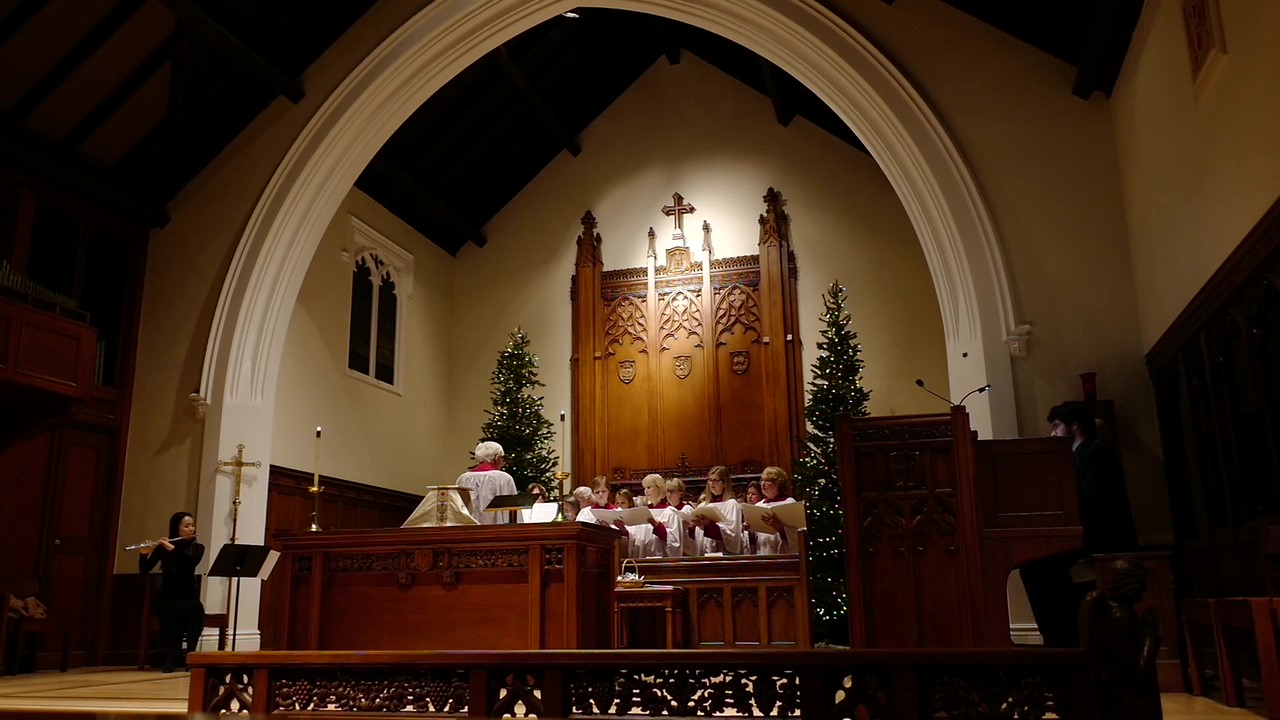 Benjamin Britten: from A Ceremony of Carols (text: Antiphon to the Magnificat)

Adam lay ybounden, bounden in a bond;
Four thousand winter thought he not too long.
And all was for an apple, an apple that he took.
As clerkës finden written In their book.

When He is king they will clothe him in gravesheets,
Myrrh for embalming, and wood for a crown,
He that lies now in the soft arms of Mary
Sleeping so lightly on Bethlehem Down.

Here he has peace and a short while for dreaming,
Close huddled oxen to keep him from cold,
Mary for love, and for lullaby music
Songs of a shepherd by Bethlehem fold.