My Call to the Priesthood 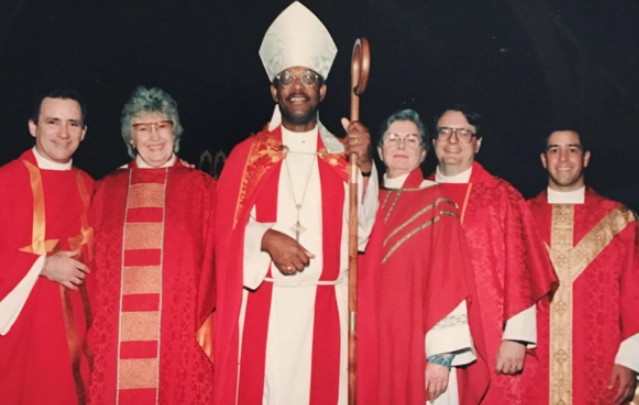 This past Tuesday, on the feast of the Confession of St. Peter, I celebrated the 25th anniversary of my ordination to the priesthood. I have always taken great comfort in being ordained on this feast. On one hand, Peter recognized and confessed that Jesus was the messiah, the son of the living God. On the other, Peter can be a bumbling fool sometimes, saying stupid things, misunderstanding and even denying Jesus. It is a humbling reminder that God calls me, and all of us, to ministry in our imperfect and messy humanity. Like Peter I strive to follow Jesus, but know I get it wrong sometimes, but Jesus still loves and believes in me. It is also a reminder to me try to view all people in this way.

A parishioner asked me on Tuesday what I had learned in 25 years as a priest. First, it’s about people, not about doing church or worship “right.” Of course we want good worship and moving worship, but first and foremost the church is the people. It can be tempting as a priest, and especially when I was a new rector, to get too focused on the worship and tradition instead of prioritizing the people the worship and tradition are for. We often think of the pastoral care a priest does as being directed towards individual parishioners, and it often is. But being a parish priest also means pastoring the system and the community. That often goes unseen, but I think it’s one of the most important roles a rector has.

Another thing I’ve learned as a priest is that you never really know someones story until they share it with you. How we present ourselves in the world is often only part of who we truly are. When you see the fullness of someone, when you get a glimpse of how God sees that person, it is a beautiful thing, both in the uniqueness of that person and in how much we all have in common. We live in such a polarized society, especially politically. This causes us to define people by one aspect of who they are. But people who disagree or distrust each other have the same concerns about their children or their health and find joy and love in the same things. I wish we could all see each other the way Jesus saw Peter. When we fail or refuse to do this it ultimately diminishes our own humanity.

Finally, I’ve learned that priesthood is lived in community. I am a priest and will always be a priest, but there is no way I can serve as a priest that doesn’t involve other people. While a priest has a certain role in leading, shaping and ministering to a community and its people, it is also true that the community helps shape the priest. For that I am truly grateful. I am profoundly blessed to share in God’s ministry at St. John’s with all of you.